1. Tell us a little bit about yourself?

I am a Master Graduate in Aerospace Engineering from the Politecnico di Milano in Italy. Although I am born a Belgian, Italy is my home and is the place where I mostly grew up. Admittedly this tends to confuse a lot of people in the office.

In 2012 I moved to the UK and joined the propulsion team at Moog Westcott. I started out as a Structural/Thermal analyst working on the various chemical engines we manufacture and design here. Engines are both mono- and bipropellant which are used in AOCS and Apogee applications. Thanks to the many projects we work on I am currently also involved in the Propulsion Subsystem Engineering at Westcott.

2. Can you tell us more about the Modular Propulsion Unit (MPU)?

The Modular Propulsion or, MPU, is an innovative way of going about the propulsion subsystem design of a satellite. Typically propulsion subsystems are designed around the rest of the spacecraft requirements very often creating very complex and unique designs which cannot be reused when the next satellite design comes along. This is usually acceptable for larger satellites but in the small satellite industry where cost is very important this is impractical.

With the Modular Propulsion Unit we are developing a concept that for small satellites it is possible to simplify the propulsion system into a component rather than a complete subsystem. Like a component, the MPU is designed and qualified to be flexible for various customer requirements and needs. Because of these unique characteristics, it can be considered a “standalone product” which can be integrated at a very late stage, enabling satellite manufacturers to move forward with their integration.

The MPU is based on a specific assembly design which allows it to change certain of its components – such as various tank and thruster combinations – without changing the inherent design. In total, there are currently 18 different configurations offered to customers. However, the amount could grow as the industry looks into newer, green propellants. This gives the customer the flexibility of designing in the MPU that works best for the spacecraft and application. 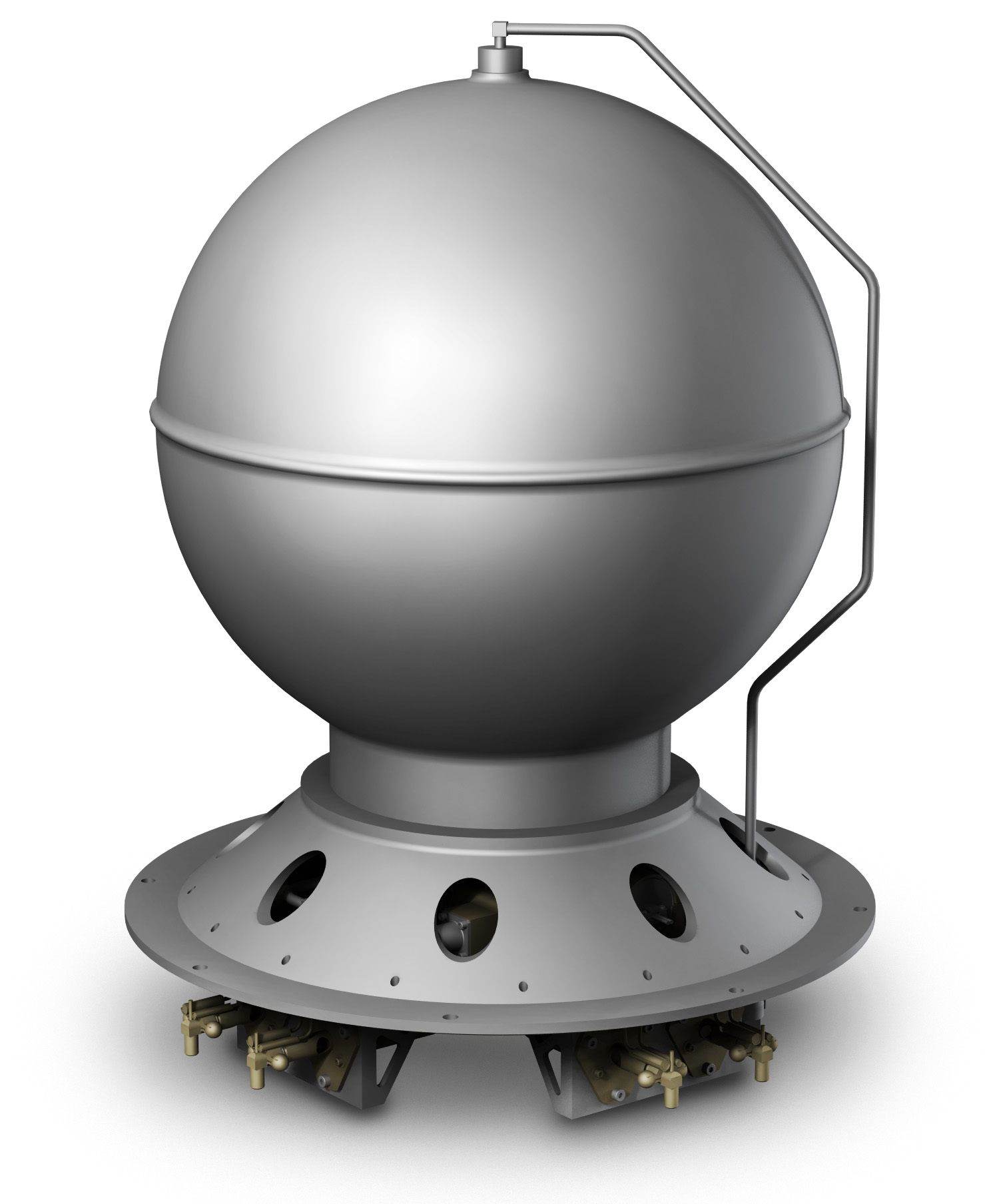 3. Could you please tell us more about the design process of the MPU?

The MPU conceptual design was completed in spring 2014. It was developed when a customer expressed a need for one propulsion system to perform two different applications even though mission requirements were different. Moog was able to design a system which would work for both of the customer’s applications. This ignited the idea of creating a standard design which would interest various different customers.The initial phase was quite short and in a few months we were able to create a conceptual design with some analysis to support it.

The following phases, which we are working on now, is where we’re beginning to see some challenges. Various technical aspects need to be considered and very often a small change which improves one part of the system might have a negative effect somewhere else. We are consistently performing trade-offs to reach the ideal solution. Another very difficult aspect is keeping the design as simple and as flexible as possible in order to provide the best options to our customers.

I am very lucky to be the technical lead on the project. This allows me to get involved in every single aspect of the design in order to know the ins and outs of the entire MPU. My in-depth knowledge of the MPU allows me to interface directly to the various customers and understand if the MPU is the ideal solution for them, also to explain how it is applicable to their various mission scenarios. It really gets you involved with the first design steps of a mission!

4. What are the next steps for the MPU?

The MPU is currently going through the main design phase where we are analyzing the performance against the various environments it will encounter during its life. When the design is completed, we plan to create a representative mock-up of the propulsion subsystem which will be tested. Initially we will simulate the load environments it encounters during launch, followed by simulation of thermal environments it goes through in its operative life. From there, Moog-qualified components will be integrated, and the first Proto-Flight Model will be created, which we hope to launch in 2017.

As of today the MPU is being base-lined for various missions in three different continents! Another great aspect of the MPU is that it has allowed Moog to sit at the table with the various satellite manufacturers at a very early stage of the design giving us very good insight in where the market is leading to.

5. What kind of missions are being planned with the MPU?

The typical missions for the MPU are Low Earth Orbit (LEO), small satellites which offer imaging, communication and remote sensing payloads. An example of an idea mission for the MPU would have been ESA’s CHEOPS.

Many other companies are now developing satellite buses that MPU would be ideal for. The MPU will significantly reduce the design cost of a completely new propulsion system. The only downfall is I will have to wait at least three years before I will see the first one launch. Unfortunately that is the nature of the Space Industry and one can only be patient!