Moog Inc. (NYSE: MOG.A and MOG.B) Space and Defense Group is celebrating the 46th Anniversary of the landing of Apollo 11 on the Moon. The Apollo 11 launch occurred on July 16, 1969 and four days later the Lunar Module Eagle landed on the surface of the Moon. Shortly before 11pm EDT, Commander Neil Armstrong stepped onto the Lunar surface becoming the first human to set foot on another celestial body. Over 600 million people around the world watched a television broadcast of the event and heard Armstrong say “That's one small step for [a] man, one giant leap for mankind.” Eleven other people would eventually set foot on the Moon, including Armstrong’s Lunar Module Pilot Edwin “Buzz” Aldrin, who described the view of the Moon as “magnificent desolation.” 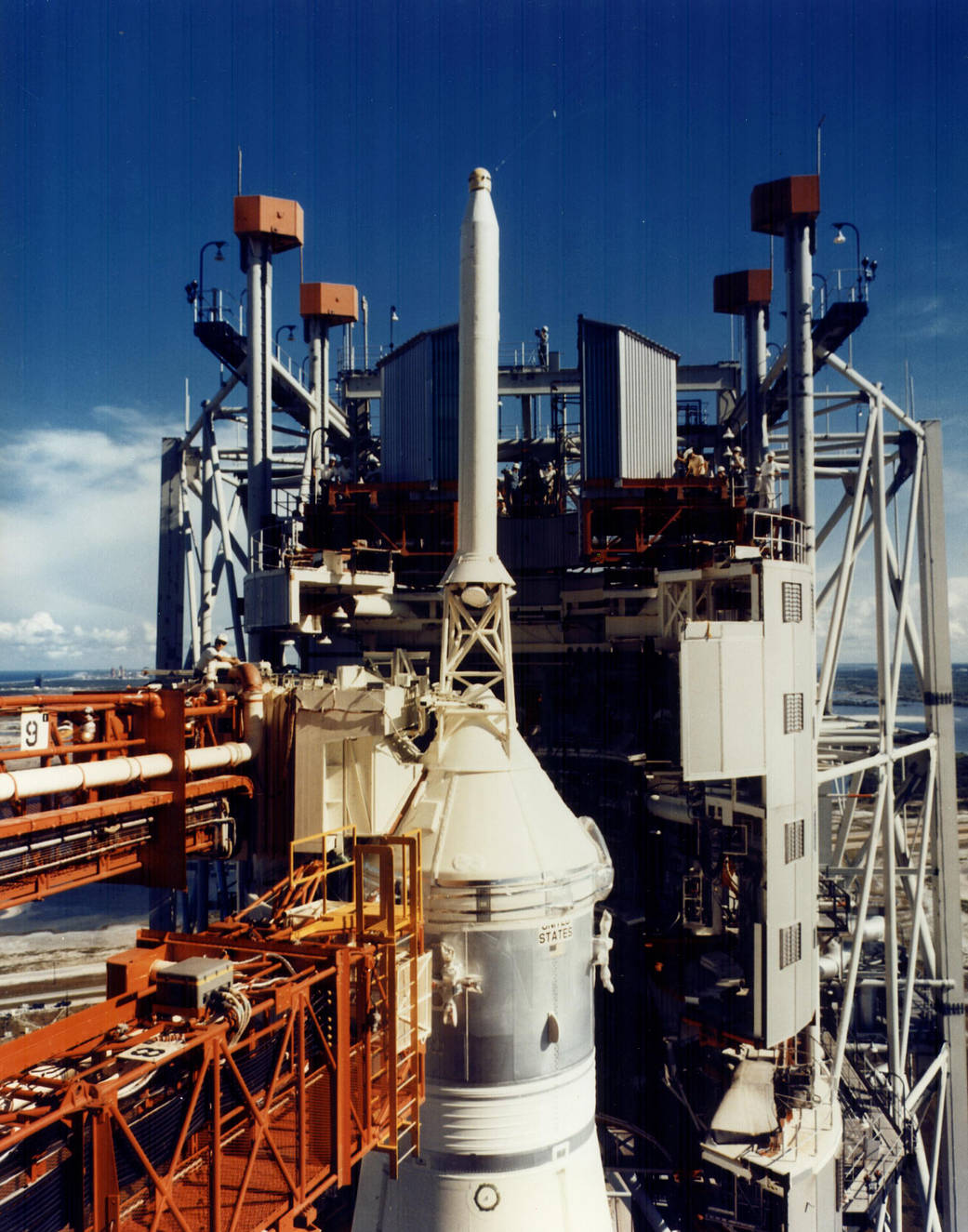 Apollo 11 Launch from Launch Complex 39A (courtesy of NASA)

The Lunar Module (LM) was designed to use on-board sensors and computer controls to determine the optimal landing site based on detailed maps generated through Earth observation and previous lunar flyby missions like the precursor mission, Apollo 10. As the LM approached the selected launch site, Armstrong noted many boulders in the landing zone that may cause damage during landing. He took over semi-automated control to guide the LM to a safer location in the Sea of Tranquility. Armstrong extensively trained for such contingencies using the Lunar Landing Research Vehicle (LLRV). The LLRV was designed and belt by Bell Aerosystems, now part of Moog, based on a small jet engine to provide lift and hydrogen peroxide monopropellant rocket engines to simulate how the LM would respond during landing. Armstrong famously crashed LLRV #1 in 1968 after running out of fuel but he safely ejected prior to impact. He contributed his extensive training in the LLRV to the successful landing of the LM during Apollo 11.

On July 21, the upper portion of the LM separated to return Armstrong and Aldrin to the orbiting Command Module (CM) Columbia being piloted by Michael Collins. The Lunar Module Ascent Engine (LMAE) was also built by Bell Aerosystems. The engine provided 3,500 lbf of thrust using a mixture of Aerozine 50 and Nitrogen Tetroxide. These hypergolic propellants could be stored as a liquid at ambient temperature and would react spontaneously when mixed to provide thrust. Hydrazine, UDMH, and Nitrogen Tetroxide are common spacecraft and upper stage propellants still in use today. The LMAE was derived from the Bell Agena engine that had been in use since 1959 and remained in use until 1987 with 365 launches. The LM successfully docked with the CM and returned back to Earth.


The Saturn V rocket was used to carry the Apollo Lunar Module, Command Module, and Service Module to Low Earth Orbit (LEO) and then shortly after began the Translunar Injection (TLI) maneuver. The Saturn V could carry up to 260,000 lbm to LEO making it the most powerful rocket ever brought to an operational status. At liftoff the Saturn V would weigh 6.5 million lbm and generate over 7.5 million lbf of thrust. The Saturn V rocket was made up of three stages each with a variety of rocket engines (11 in total).

All three stages included Thrust Vector Control (TVC) actuators built by Moog. TVC is used to ‘steer’ the rocket by changing the angle of the engine relative to the rocket body. TVC is critical to control the flight path of a rocket and is used in almost all major launch systems. TVC actuators vary in size and capability include the actuator extended distance or stroke and the force needed to move the rocket engine and the speed of the actuator. Moog produced over 1,500 TVC actuators to support the Saturn program. Moog TVC actuators were used on the Space Shuttle program continuing the long tradition of supporting manned spaceflight. Moog still continues to support the launch vehicle industry today with TVC systems on many rockets.

Another key portion of the Saturn V was the control of the liquid propellants to the engines. These valves need to be able to control often very high flow rates with propellants that range from room temperature to -423°F. S-1C (first stage) carried five F-1 engines that used Liquid Oxygen (LOx) and RP-1 (refined Kerosene) as propellants. S-II (second stage) and S-IVB (third stage) carried five and one J-2 engines, respectively, that each used LOx and Liquid Hydrogen (LH2). Moog valves were used for the S-1C 4” RP-1 Valve, S-II 6” LOx Valve and S-II 4” LH2 Prevalve. Moog provides LH2 and LOx prevalves for the RL-10 engine used on both the Atlas V and Delta IV upper stages.

Moog is proud to have supported the Apollo 11 landing on the Moon and to have been a part of every U.S. manned space program since and even before then. Moog’s engineering expertise and reliable hardware is trusted today by nearly every major spacecraft and launch vehicle provider in the U.S., Europe, and many parts of Asia Pacific. Moog was there in 1969 when Neil Armstrong first set foot on the Moon, was there when the Space Shuttle carried astronauts and payloads to LEO for 30 years, is there today on the International Space Station (ISS), and will be there for future manned missions. “Moog: When Performance Really Matters” including going to the Moon and back.