The Industrial Group has delivered Aerospace Test Controller systems for the Gulfstream Aerospace Corporation’s Structural Test Lab in Savannah, Ga., to run static and fatigue tests on the G500 and G600 business aircraft.

The control systems include software and controller hardware for applying and analyzing wear and tear on an aircraft’s wings, fuselage, empennage and components such as flaps, elevators, and horizontal stabilizers. In the span of several years, Gulfstream can simulate the lifetime of the components while keeping the test specimen safe.

Gulfstream has purchased several 500-channel Aerospace Test Controllers from Moog that can be configured into multiple systems, for performing and analyzing aircraft certification tests.

During static testing, Gulfstream is using the Moog Aerospace Test Controller to apply 150 percent of the aircraft’s limit loads to meet a variety of FAA requirements. The fatigue tests put the aircraft’s design life on the test specimen before the aircraft enters service.

“Our unique control loops make for more efficient testing,” said Jeff Townley, Moog senior application engineer. “After two or three years of testing, a test specimen will have one or two lifetimes on it. In several years, we can help a lab simulate 20 years of flying, and they know how well a design will hold up.”

The design of the Moog controller is expandable to 500 channels. 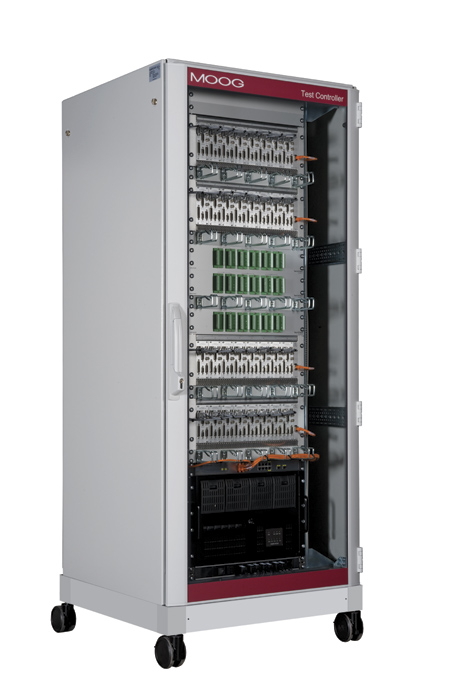 For press inquiries, please submit the form below or send email to mediarequest@moog.com