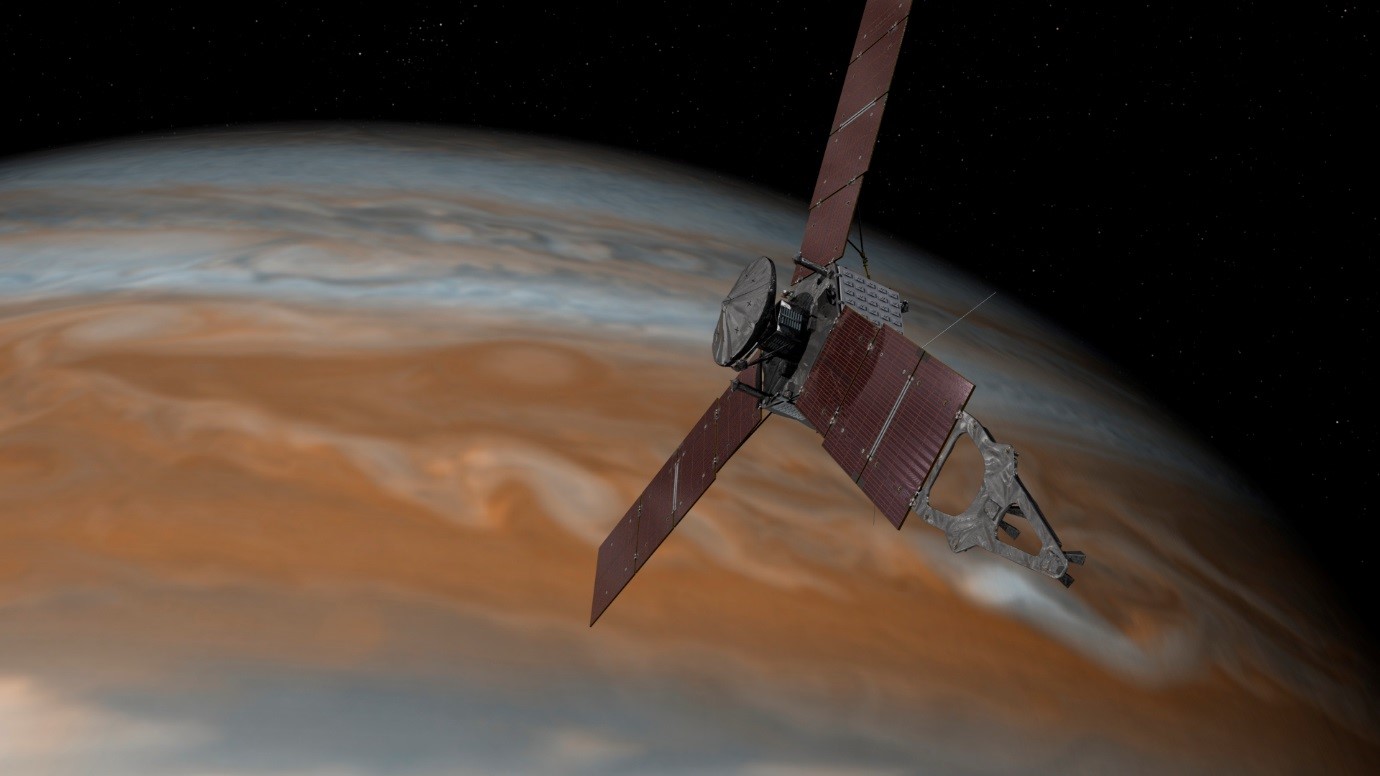 On the 5th of August 2011, an Atlas V launch vehicle carried aloft the NASA/JPL Juno spacecraft, destined for a rendezvous with Jupiter.  At this point the probe’s trajectory was solely being controlled through its own internal propulsion system.  Performing the vast majority of the trajectory velocity change is the Moog UK Westcott designed and built LEROS 1b main engine – known for its high thrust, robust performance and reliability.  This engine burns a combination of Hydrazine and MON-3, providing a perfect fit for a range of dual mode propulsion systems often used on interplanetary missions.  This engine design has been to Mars on board Mars Global Surveyor and Mars Odyssey and to Mercury on board the Messenger spacecraft. The engine’s popularity for interplanetary missions is due to its compact size, relatively high thrust at 635N and high specific impulse at 318s.  These factors and a proven track record often make it the engine for high risk, high profile missions.

Since the launch of Juno, the LEROS 1b main engine has been fired a number of times including two long duration burns in 2012.  During these manoeuvres, the spacecraft was at the furthest point from the Sun at 298 million miles from Earth where radio signals take nearly an hour for a round trip. Each burn was 30 minutes long and set Juno up for a swing by the Earth thirteen months later, skimming past the Earth at mere a 348 miles altitude. As it passed the Earth, Juno was travelling at a staggering 16,330mph and became the fastest manmade object in history (at this speed, Juno would travel from London to New York in 12 minutes!). This extreme velocity put Juno on an arcing trajectory out to Jupiter to arrive two years and nine months later.

With Jupiter approaching on July 4th 2016 Juno’s main computer commanded the LEROS 1b’s oxidiser and fuel valves to open, allowing the pressurised propellants to flow into the combustion chamber in a precise spray pattern.  The ensuing spontaneous ignition established the combustion process and the propellants continued to burn for approximately 35 minutes, firing against the direction of travel. The braking effect allowed the massive gravity of Jupiter to capture the probe and enter into Jovian orbit.  This critical manoeuvre was successfully completed on time and represents the most significant burn of the LEROS 1b.The LEROS 1b has now chalked up ‘Jupiter’ in its list of Solar System Planets visited – testament to the total commitment to mission success from the Moog UK Westcott team.

An additional 22 minute LEROS 1b burn is planned to trim the orbit.  At this point the main science can begin to understand the internal deep structure including water content and magnetic field. This will help planetary scientists unlock the origins of grandest of the gas giants, one which has endured since Galileo first pointed his rudimentary telescope at this enigmatic world.