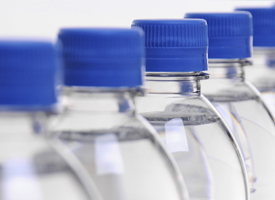 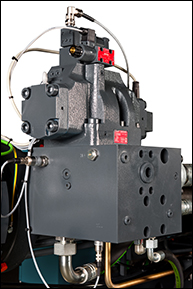 Moog D68X Series Proportional Valves have been established and proven in the injection molding machine market over the years. Today, these valves are routinely pushed to their performance limits to keep customers ahead in highly competitive markets. One high profile customer using this product is Sumitomo (SHI) Demag in their El-Exis Series of machines introduced in 1998. Sumitomo (SHI) Demag is a Japanese-German company formed in 2008 by merging the injection molding activities of Sumitomo Heavy Industries (SHI) and those of Demag Plastics Group. As one of the world’s leading manufacturers of injection molding machines, the company sells over 5,000 machines annually. More than 3,000 workers design and produce high performance machines and solutions at four production locations in Germany, Japan and China.

The El-Exis machine has gained considerable market share in all regions of the world for the production of caps and thin-walled plastic packaging. This machine design consists of decentralized electric drives for rotary movements and accumulator-supplied hydraulics for linear movements. The Moog D68X Series Valves are used in each machine size of the El-Exis Series on both injection and ejection axes.

The Moog D68X Series Valves, which are principally characterized by high valve dynamics, are ideal for the injection molding machine market. The high dynamics are the result of the fast, direct-operated pilot valve with a spool-in-bushing design. Another advantage of this pilot valve is low leakage which means that there are minimal oil losses when the spool is in the central position. This results in energysavings on the machine during those phases in the cycle when the valve is notoperating. This advantage is particularly beneficial for machines that are in continuous operation.

Simulation is the key to application-specificvalve performance

The El-Exis SP is currently available in the clamping force range of 1,500 to 7,500 kN. All machine sizes use Moog D68X Series Proportional Valves in various dimensions on both the above-mentioned axes. In order to implement the demanding requirements of high-speed injection molding in machine technology, the Sumitomo (SHI) Demag engineers at the Schwaig site worked closely with Moog to optimize this valve with its customized spool cut. The El-Exis SP machine needed to reach new levels of dynamics and precision, which cannot be achieved with an off-the-shelf valve. 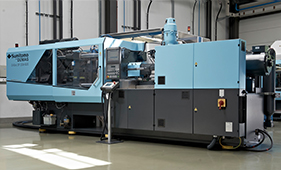 During development of the current El-Exis SP machine, the injection and ejection units were precisely simulated by the experts at Sumitomo (SHI) Demag to define a requirements specification for the Moog Proportional Valves. Working closely with Moog application engineers, the requirements were “translated” into an optimized spool characteristic that could be manufactured. Customization of a standard valve to the exact performance requirement of the machine results in an application-tailored product which can be a competitive advantage in terms of performance. In the case of the El-Exis SP, the performance of the injection and ejection axes was greatly enhanced on what was already a high-performance machine.

To achieve optimum performance, the injection valve was adapted to the injection axis and the ejection valve to the ejector axis. Therefore the experts from Moog and Sumitomo (SHI) Demag created a complete simulation model of each system, including axis, valve, oil columns, inertias and kinematics. On the injection axis, for example, the simulation model includes the inertias of each component, the plastics in the screw channels and in the space in front of the screw, the oil stiffness, pressure losses, the valve characteristic and the controller structure. The requirements for the hydraulic motion control are not only demanding during acceleration, but also during the braking movement. In the braking phase of the injection cycle, the fastest switching times and highest positioning accuracy are required.

To create the simulation model, Simulation X software from ITI was used and Matlab/Simulink helped to optimize the components, especially for the flow curve of the injection valve. This is a standard tool which is widely used in university research and industrial development for designing, analyzing and simulating complex systems and control structures. With the help of the simulation, damping and elasticity of the system can be calculated. Once the system model has been defined, the valve can be integrated and the controller is simulated.  After the simulation was completed, Moog created valves with individual spool characteristics for the El-Exis SP machine. 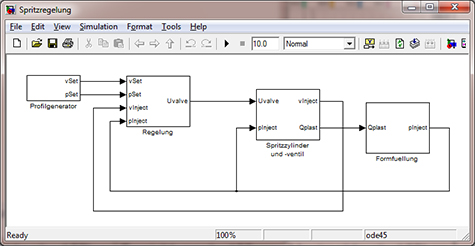 The spool cut influences the flow resistances of the hydraulic axis both during injection and the deceleration phases. The spools of the valves have been modified to achieve precise requirement specifications for the corresponding axis. Tests with valve prototypes at Schwaig showed that the computer simulation reflects the reality on the machine very closely. The controllers and valves worked in each pressure stage with high dynamic and precision. Using Moog valves in combination with Sumitomo (SHI) Demag’s latest machine control generation (NC5 plus), ensured that for each axis the optimal controller adjustments were chosen. In this way, the special valve flow characteristic could be handled by the software controller. 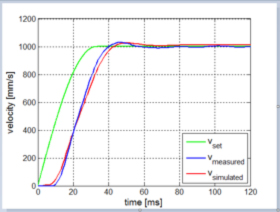 Start of injection with the required high
dynamics: A comparison of the machine's
actual measurements with the simulation
results confirms the quality of the simulation
model. Source: Sumitomo (SHI) Demag

For applications where plastic end parts need to be exactly formed, the machine requires highly dynamic and precise motion control. To obtain these high dynamics it is often necessary to vary pressure commands during the machine cycle. If the pressure stages can switch quicker and with more precision, it can have a significant impact on end part quality.  Switching to the hold pressure phase during the injection and active braking phase is one example. Moog and Sumitomo (SHI) Demag determined that this new valve could reduce the fluctuations from cycle to cycle and increase the repeatability of the process thereby creating new possibilities for machine performance.

The good news is that the highly precise and dynamic characteristics  of the valve enable "lightning-fast" switching between position and pressure control. For example, the decrease of the injection pressure level from 100% to 10% was accelerated from 120 ms to 35 ms. The absolute pressure decrease in the plastics material during this time was around 800 bar (11,600 psi).

For the production of high-speed parts, the ejection process requires as many degrees of freedom as possible to enable the machine operator to choose the optimal demolding situation for falling or extracted parts. The simulation of the ejection process and the adaption of the ejector valve on the El-Exis SP resulted in an enhanced positioning accuracy of the ejector and increased ejector acceleration. This allows the operator to define and set the ejecting process very precisely. Flexible speed control and fast acceleration and braking phases led to optimized control for a large ejection window. 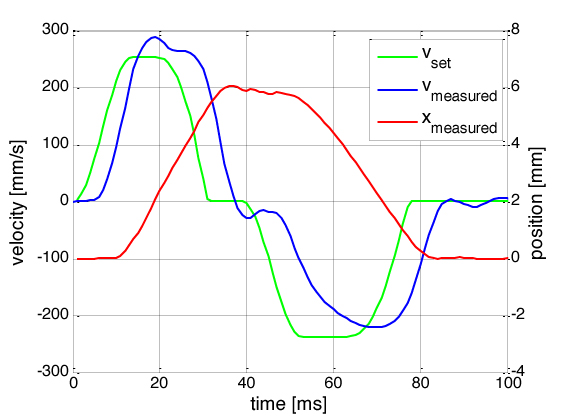 Based on the simulation and the Moog valve technology, the ejector operates in a highly dynamic manner for the application. In the production of screw caps, for example, a defined demolding movement and exact falling of the parts in the mold opening area is essential. If the caps must fall vertically into an ejection chute like a curtain, a high ejection speed is required, as the ejector must reach within a very short stroke the same velocity as the mold which is opened by the machine. Thus screw caps can be demolded in a fixed position relative to the machine. 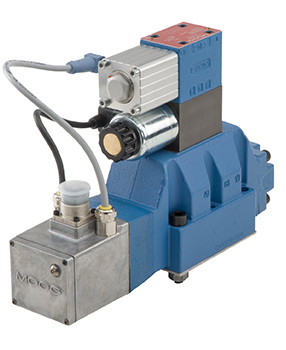 In this machine application, Moog and Sumitomo (SHI) Demag worked closely as partners to deliver a product tailored ideally to the needs of the application. As discussed earlier, the spool characteristics of the valves were adapted but there was also a key requirement for safety. In the injection machine molding market, safety plays an especially critical role. Each Moog valve used on the El-Exis SP machine is also equipped with failsafe sandwich valves. When the failsafe valve is de-energized, the main stage spool moves to a defined spring centered position to avoid dangerous axis movements in case of an error. This design maximizes safety at all times.

To make the valves more robust against failures, the valve electronics are mounted with a shock absorbing rubber plate added to the valve housing. This means the valve’s onboard electronics (OBE) have maximum protection against shock and vibration. Furthermore, the valves are equipped with customized nameplates to facilitate quality support throughout the life of the machine.

The high quality standards at Moog ensure that once defined, both valve dynamics and spool geometry are kept within tightly specified limits during servo valve production. This helps to maintain the high performance requirements of Sumitomo (SHI) Demag throughout the life of the machine. The optimized design is essential to keeping the valves working properly over a long period of time.

Mechanics, hydraulics, electronics and the machine controller must operate in an optimized, coordinated manner on a high performance machine. The cost of the simulation and optimization of the hydraulic axes on the high-end El-Exis SP machine has paid off for the company with greater injection and braking dynamics, resulting in shortened cycle times as well as accelerated, more precise ejection movements. The close cooperation has resulted in a valve specifically customized for Sumitomo (SHI) Demag, helping to deliver higher productivity. While this article discusses a solution for the plastics machinery market, Moog also works closely with machinery builders in other industries such as metal forming and presses, power generation, heavy industry, wind turbines, test, simulation and even Formula One racing to develop valve solutions optimized for the application. Find out more on how we can help you today.

Thorsten Köhler started at Moog GmbH in 2007 as Product Engineer for hydraulic valves, with responsibility for pilot operated valves. In 2008 he became an Applications Engineer within the Control Solutions organization, Europe, where he helps to create customized solutions for a wide range of customers with applications in injection molding machines, presses, test systems and other special machinery markets. He studied Mechanical Engineering at the University of Furtwangen, Germany.

Hans Jürgen Popp of Sumitomo (SHI) Demag assumed project leadership for the development of the new El-Exis SP in 2009. Since 2011 he has been responsible for the technology departments at Sumitomo (SHI) Demag. He studied plastics engineering at the University of Darmstadt, Germany.