A racing yacht is an unlikely place to find one of the world’s most advanced hydraulic servo valves. Traditionally used to synchronize motion in large industrial machines in steel plants and automotive presses, the Moog Axis Control Valve (ACV) is an intelligent closed-loop motion control device that closes the control loop right in the valve and offers some of most advanced functionality for critical machinery. But this may be the first time Moog know-how has been applied to win races on the high seas.

Inspiration and innovation led Dr. Dick Aubrecht—Moog’s Vice President Strategy & Technology and an experienced practicing engineer and sailboat racer—to install an ACV on the “Veloce,” his 11-meter, 2,500-kilogram Farr 11S sailboat. Aubrecht has worked for Moog since 1969 and been an avid sailboat racer for at least as long. Aubrecht had always admired the 22+ meter boats that compete in the Volvo Ocean Race, among the first vessels to employ a “canting” keel. This type of ballast moves laterally to keep a sailboat’s mast and hull at the best angle relative to the water’s surface during a race.

Video: A look at the canting keel in action on the "Veloce" Farr 11S sailboat

Like the Volvo racers, the Farr 11S boats have a hydraulically actuated canting keel. The angular movement of Veloce’s keel is 45 degrees to both port and starboard. All sailboats “heel” due to the force of the wind on the sails. A traditional, or non-canting keel, remains in a fixed vertical position to resist waves and water, and maintain the boat’s stability. A captain with a traditional keel will deploy the crew at times to the windward side of the boat to add “righting moment.” With the canting keel to provide “righting moment” with much less total weight, Veloce can increase its speed by 20 to 100 percent compared to a conventional yacht of the same size.

Aubrecht saw the advantages of the canting keel as well as the possibility to improve its operation, increase safety and enable him to focus on the race. The initial control system for Veloce’s canting keel was open-loop using a solenoid valve, which the captain controlled with on-off switches. Without feedback, it was challenging to know exactly the keel’s position. The user interface for controlling the keel consisted of two buttons, which simply switched the directional solenoid valve, and didn’t incorporate a visual indication of the actual keel position. 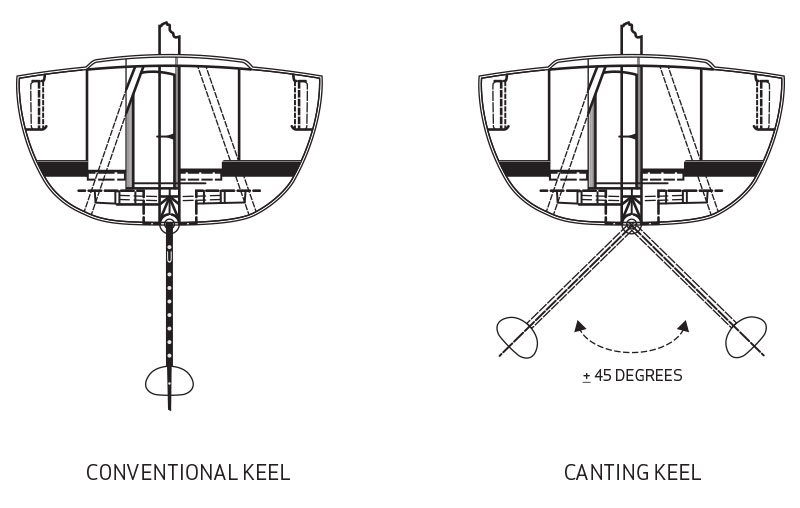 Figure 1: Comparison of conventional and canting keels for racing yachts

By replacing the solenoid valve with a Moog ACV proportional valve, Aubrecht can smoothly trim the canting keel to a specific angle in a single motion. The Moog ACV offers advantages over a typical proportional valve because it incorporates motion control electronics integrated within the valve itself. Aubrecht’s customized solution consists of the ACV, Moog Valve Configuration Software, Feedback Transducer and a user interface. The customized user interface simply consists of a ball on a line. It provides both the command signal input and a visual indication of the keel position. This enables any crew member to exactly set the keel’s position.

Meeting the Need for Speed

According to Aubrecht, the ACV valve-based system was easy to install and is ideal for the marine environment with its inherent problems of water ingress and electrical interference. The ACV also is more compact than the original system, which included separate PLC electronic controller and interconnecting wiring. Eliminating both components and wiring is particularly important in this application because space is at a premium on a sailboat. The ACV system also provides a dramatic improvement in the smoothness of control. Being able to set the angle of the keel and turn his focus to racing tactics means Aubrecht can trim the boat faster and more precisely, saving critical seconds in a race.

Importantly, the Veloce’s system also includes a home mode, or fail safe, so the canting keel can be driven back to the conventional vertical position in the event of an electrical failure.

“As with most Moog projects, this was a team effort,” Aubrecht said. David Geiger, Christoph Boes and others at Moog in Germany provided the application knowledge and programming of the ACV. Meanwhile, Johannes Aubrecht and Ken Newburg of the Aircraft Group did a MATLAB model of the entire actuation system to size the valve and develop the control algorithm to achieve the maximum smoothness.

Veloce isn’t the only sailboat to make use of Moog technology. In fact, one of the current America’s Cup racing teams uses the Moog E242 Sub-miniature Cartridge Direct Drive Hydraulic Proportional Valve. 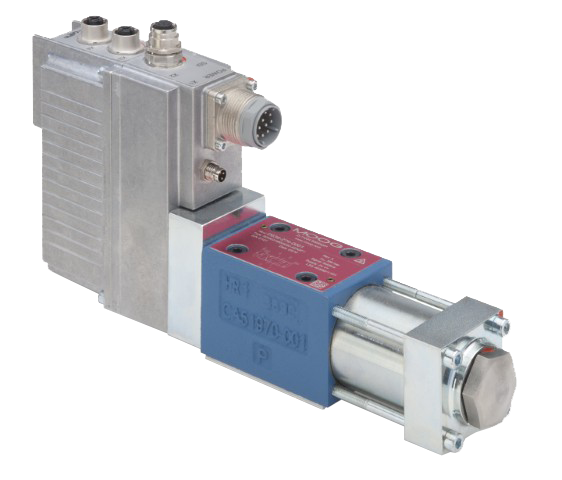 The Moog Axis Control Valve offers the most advanced functionality for machine designers, including decentralized control, remote diagnostics and machine optimization. It delivers high performance in applications such as metal forming machinery and presses, test and simulation equipment and gas turbines. For example, the user has the ability to set parameters exactly for repeatability across many machines to optimize performance. It is also possible to obtain advanced tuning such as non-linear flow curves tailored to exact machine specifications. As businesses seek to leverage the Internet of Things (IoT), remote monitoring and diagnostics incorporating ACVs transform commissioning and maintenance.

Although Moog didn’t design the ACV with sailboat racing in mind, the ACV helped achieve maximum sailing efficiency for an avid racer. Industrial machine designers can also turn to the ACV for the winning advantages of advanced closed-loop motion control built inside the valve.

Martin S. Jones is responsible for the Moog Motorsport business around the world. He has worked for Moog for more than 30 years in sales and applications engineering for a range of industries including mobile equipment, marine and offshore, blow molding, and rolling mills. He studied physics and economics at the University of East Anglia.