Researchers from Moog and IIT-Istituto Italiano di Tecnologia completed the design, assembly and testing of the new version of the hydraulic quadruped robot HyQ, called the HyQReal. Its capabilities were demonstrated by pulling an airplane with a 3,300 kg (7,275 lb) weight for more than 10 meters (394 in). HyQReal is compact at 1.33 m (52 in) in length, standing 90 cm (35 in), and weighing 130 kg (287 lb), even with hydraulic infrastructure and batteries onboard. The robot has customized rubber feet for high traction on the ground and is protected by an aluminium roll cage and a skin made of Kevlar, glass fiber and plastic.

The new robot is the primary deliverable from the joint lab activities between Moog and IIT, a research institute that promotes excellence in basic and applied research fostering Italy's economic development. The parties inaugurated the joint lab in September 2016 to develop the next generation of hydraulic legged robots and it combines IIT’s knowledge of designing the hardware and software of legged robots, with Moog’s expertise in miniature, high-performance actuation solutions.

For the HyQReal, Moog developed the majority of the hydraulic actuation system, including the hydraulic pump units, smart manifolds, fluid rotary unions and Integrated Servo Actuators (ISA). The Integrated Smart Actuator is a lightweight hydraulic actuator with integrated servo valves, control electronics, sensors and bus communications designed for mobile robotic applications.  Moog has specifically developed these components for the HyQReal and will offer this technology to  equipment builders in the mobile robotics market where energy efficiency and high performance  are critical.

IIT has led the overall development of the robot’s hardware and software. In terms of hardware, IIT focused on the design of the torso, legs, electronics, hydraulic hoses, and fall protection and sensing technology. Additionally, it coordinated the integration of the actuation subsystems developed by Moog. In terms of software, IIT adapted its locomotion control framework that it has developed over the last decade.

“Thanks to IIT and Moog’s complementary expertise, we managed to enhance our control software with increased safety and modularity,” said Victor Barasuol who is in charge of HyQReal’s control technology

The HyQReal team at IIT is international, composed of 14 people from Italy, Switzerland, Brazil, England, Canada, Egypt, the Netherlands, and Mexico.   The development of HyQReal was funded by the Istituto Italiano di Tecnologia and Moog Inc. with the support of INAIL – the National Institute for Insurance against Accidents at Work and the European Union under the framework of project ECHORD++. 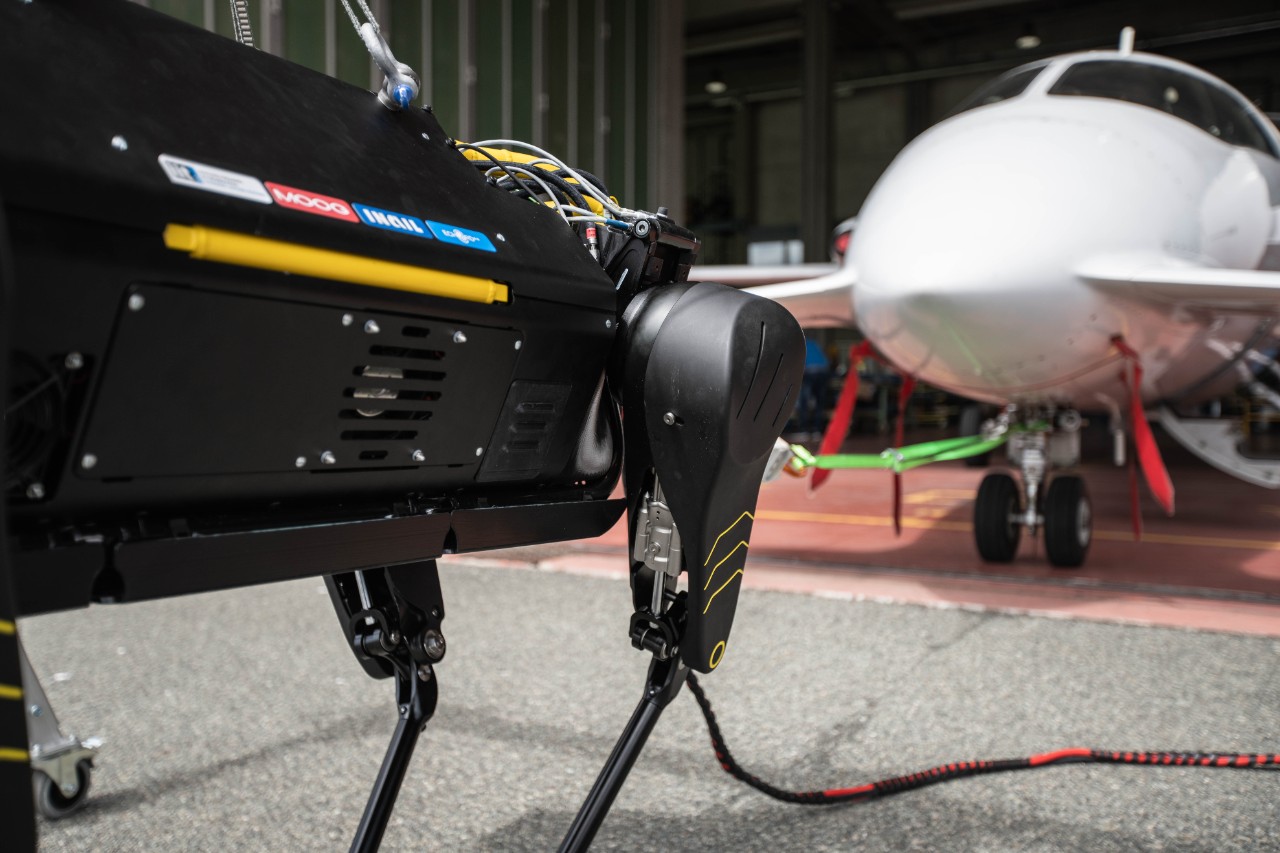 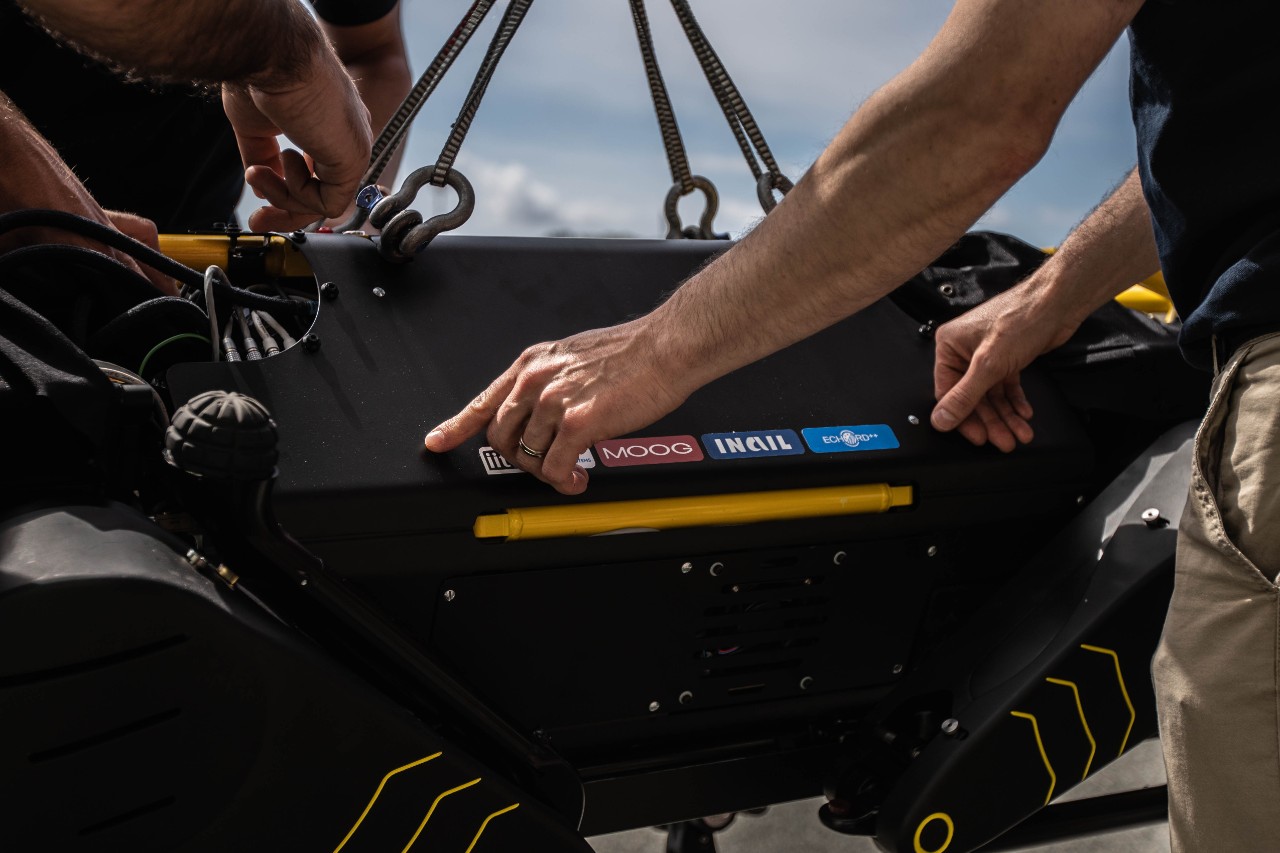 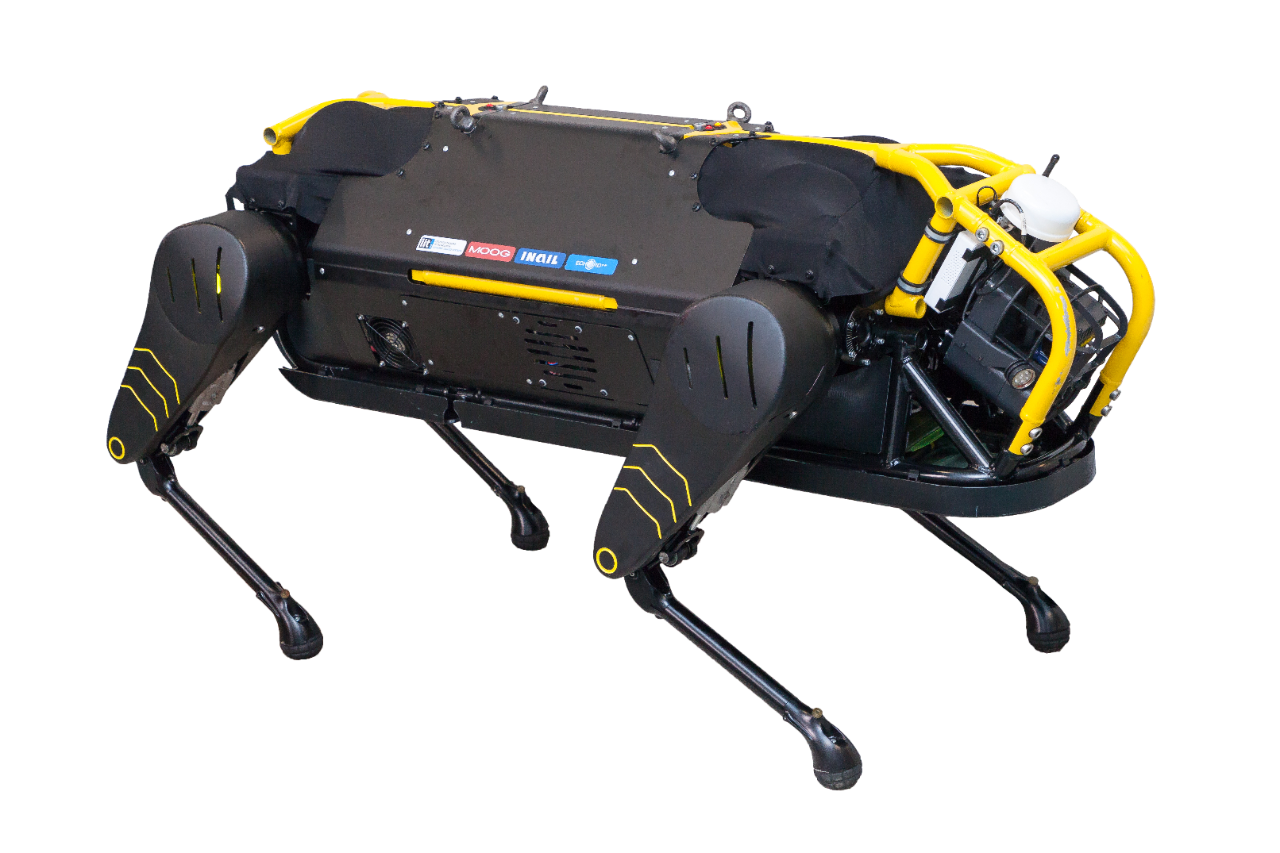